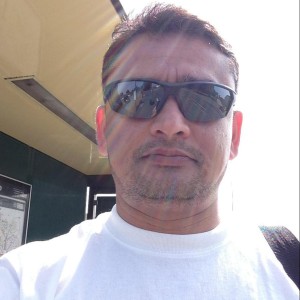 Missed targets, missed pledges: An overview of the education plans and policies in Pakistan

At the time of its independence, Pakistan was comprised of East Pakistan (the present Bangladesh) and West Pakistan (the present Pakistan). The regions forming Pakistan were already undeveloped in all fields, including education as compared to what emerged as India after the British colonial rule ended in the Asia subcontinent in August 1947. It was challenging for a newly emerged state to develop an infrastructure and educate the masses. The overall literacy rate was just 15 percent,and in some disadvantaged areas like Baluchistan it was even lower. During the first decade there was only a one percent improvement in the literacy rate. This poor performance was attributed to a lack of financial resources, less political commitment, and the absence of an effective organizational and administrative mechanism. After a decade of independence, Pakistan formally introduced and implemented seven Five Year Plans and seven main national education policies/drafts/frameworks to encourage socioeconomic and educational development. The focus of the first two Five Year Plans (1955-60; 1960-65) was on increasing primary school enrolment but the low retention rate hampered the enrolment ambitions.

The problem of school dropout was first recognised in the Third Five Year Plan(1965-70). One reason for the high dropout rates was related to the poor quality of education. It was acknowledged that, “the expansion of primary education depends, mainly, on three related factors; the prevention of dropouts, greatly expanded supply of better qualified teachers and better facilities, making the school more attractive to children” (GoP, 1965). The main strategies of the Third Five Year Plan (1965-70) were to ensure quality education, expand the base of primary schooling and facilitate technical and vocational education. The Third Plan targeted an increase of the enrolment rate from 45 percent to 70 percent by 1970, which required 5.8 million more children to attend school. Elementary education was declared compulsory and 2 million additional enrolments were anticipated at this level during the Plan (GoP, 1965). This Plan could not be executed properly because of the war with India in 1965 and 1971. East Pakistan separated in 1971 and became a new sovereign state: Bangladesh. There was no Fourth Five Year Plan; instead, the new National Education Policy 1970 was introduced. In the Fifth Five Year Plan (1977-83) the government admitted that half the primary students dropped out from schools because of the poor quality of education. The reasons associated with the dropout phenomenon were open air schools; lack of female teachers in rural areas; teacher absenteeism; administrative inefficiency; poor means of transportation; and lack of a supervisory mechanism (GoP, 1977). The Fifth Plan focused on qualitative instead of quantitative improvements and envisaged the achievement of Universal Primary Education for boys by 1982-83 and for girls by 1986-87.

However, the Sixth Five Year Plan (1983-88) stated that after 35 years of independence the literacy rate was less than 25 percent and more than half theprimary school age children were out of school in the country (GoP, 1983). The Plan aimed to improve primary enrolment to 75 percent by 1987-8. It was acknowledged in the Seventh Five Year Plan (1989-93) that the achievements of the Sixth Plan were lower than the targets and about 40 percent of children aged 5-9 years were still out of school in the country (GoP, 1989). The Seventh Plan proposed to achieve an 80 percent literacy rate by 2000 through motivating the private education sector. Again, the government accepted in the Eighth Five Year Plan (1993-1998) that despite the growing number of educational institutions, the past plans and policies had not attained their targets because of: financial constraints; rapid population growth; poor infrastructure and quality of education; lack of community participation at local level; and dropout problems (GoP, 1993). The Eighth Plan expected to achieve a 100 percent primary enrolment rate by 1998.

The National Education Policy 2009 has not given a specific time scale in which to achieve improvement in literacy; it simply said that the eradication of illiteracy would be made possible within the shortest time. This national policy identifies two main reasons for poor performance of the education sector of Pakistan: commitment gap and implementation gap. It further reports, “The two gaps are linked in practice: a lack of commitment leads to poor implementation, but the weak implementation presents a problem of its own”. The policy identifies two factors lacking commitment gap in the education sector “lack of belief in education’s true worth for socio- economic and human-centred development: and/or a lack of belief in the credibility of the goals themselves”. The policy relates implementation gap to good governance, effective allocation and use of resources, a good system of monitoring and accountability. The policy establishes seven implementation problems, namely disintegration in different segments of the education sector, missing of policy coordination, ambiguities in roles in governance, widening gap between the public- private school system, challenge of an equal system of education across Pakistan, inefficiency in planning and management at local level, and lack of community participation at school level.

After passing of the 18th Amendment to the Constitution of Pakistan in April 2010, among some other ministries, the education ministry was also devolved to the provinces. However, the National Education Policy (NEP) 2009 was owned as a national document by the provinces. On 16 September 2011, a National Education Conference was held at the Prime Minister Secretariat in Islamabad and a joint declaration was signed by the Prime Minister and the concerned provincial educational authorities. The declaration clearly stated that “National Education Policy 2009, subject to such adaptations as are necessitated in view of the 18th Constitutional Amendment, shall continue to be a jointly owned national document”. The Article 25-A of the 18th Constitutional Amendment, 2010 stated, “The State shall provide free and compulsory education to all children of the age of five to sixteen years in such manner as may be determined by law”.

In 2017, the then government introduced a draft of the National Education Policy 2017-2025 in view of 18th Constitution Amendment and to address the emerging trends in education and bring national integrity and social cohesion in society. The policy set targets for achieving adult literacy up to 75% by 2020 and 86% by 2025. To compliance with Article 25A of the Constitution of Pakistan, the policy targeted universalization of primary education by 2020 for boys and 2025 for girls. The policy also pledged to increase investment in education to 4 % of GDP. Furthermore, the policy intended to harmonise the existing education systems at all levels. The implementation of National Education Policy 2017-2025 was halted when the then prime minister was disqualified by the Supreme Court of Pakistan in 2017.

The current government in power introduced a new National Education Policy Framework in November 2018. It acknowledged that Pakistan progress in education had extremely been inadequate over the past decade. It identified that the problem of out of school children (never enrolled and dropped out), uniform education for all children, and providing quality education to all children across the system were some of the major challenges in education. The government pledged to raise the standard of education in schools and deal with the issue of out of school children in the country. To ensure one system of education for all children, the government announced Single National Curriculum (SNC). It will be implemented in three phases; for Grades 1-5 in the academic year 2021-22; for Grades 6-8 in 2022-23; and in its third phase, Grades 9-12 in 2023-24.

Despite the over-ambitious targets in education by past educational plans and policies, Pakistan has more out of school children, adolescents, and youth than any other country in South Asia. The Pakistan Social and Living Standards Measurement (PSLSM) district level survey 2019-20 reveals that the literacy rate of population (10 years and above) is stagnant at 60 percent since 2014-15. The province of Punjab has the highest literacy rate of 64 percent followed by Sindh 58 percent, Khyber Pakhtunkhwa (excluding merged areas) 55 percent, KP (including merged areas) 53 percent and Balochistan 46 percent. Pakistan spent 1.5 percent of the GDP on education during the Financial Year 2020.

Currently, 37 percent children drop out of school before they complete primary education. Out of the total enrolment in Class 1, only 39 percent boys and 34 percent girls reach to Class 10 and the rest of them drop out from schools. The high dropout rate has inflamed the problem of out of school children in the country. At present, Pakistan has 5.6 million primary, 5.4 million lower secondary and 9.8 million upper secondary school age children out of school. None of the past education policies or plans could achieve targets in education in terms of achieving universal primary education or tackling the issue of out of school children. Pakistan urgently needs a uniform national policy to prevent dropping out, encouraging dropped out children back to school and attracting never enrolled children towards schools.